It was the Oscar skirmish to end all skirmishes. The nominees for Best Actress of 1951 read like a who’s who of film land’s storied history, with a representative from each of the four decades Hollywood had been in existence.

And the nominees are…. 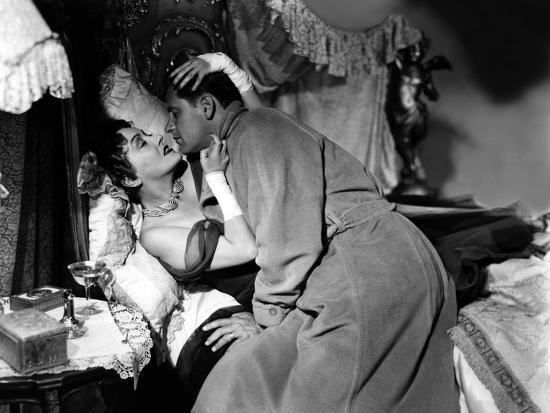 Gloria Swanson literally snatched a nomination from Oscar’s cold dead hands by turning in a spell-binding performance as the selfishly-crazy former silent movie queen Norma Desmond in Sunset Boulevard (1950), a woman who had spent the last twenty years in her shadow-filled Hollywood mansion dreaming of a “return to the millions of fans who [had]never forgiven [her] for deserting the screen.”

The plum role was the perfect comeback vehicle for Swanson. A mammoth star of silents herself, the actress had essentially disappeared from the screen since the early 1930s, and her nearly nonexistent film career desperately needed a shot in the arm. 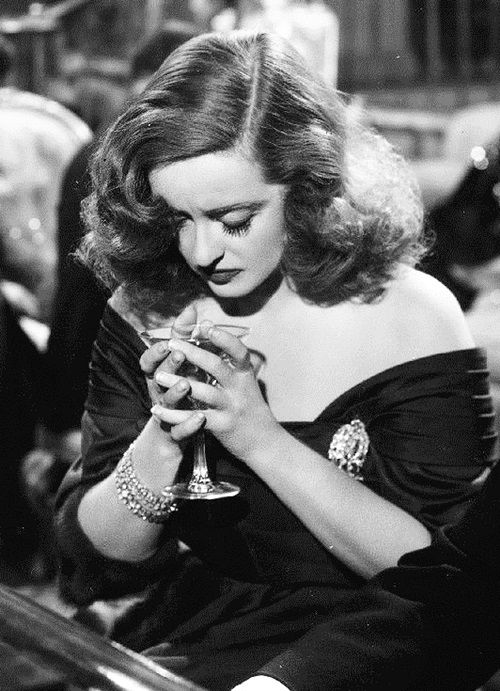 Bette Davis was nominated for her stand-out portrayal of embattled but supremely proud Broadway Legend Margo Channing in Twentieth-Century-Fox’s All About Eve (1950). A dramatic testimony to the fact that no good deed goes unpunished, Margo takes in the apparently hapless Eve Harrington only to have the young woman try to steal her career right out from under her.

After being unceremoniously dropped by Warner Brothers in 1949 (despite being the Queen of the Lot for most of her eighteen-year reign at the studio), Davis had starred in a string of clinkers and was in need of a good film. The acerbic and flawlessly scripted Eve not only gave Bette a chance to prove to her detractors that she was still an acting powerhouse, but also offered her the opportunity to place a third Oscar next to the two she had already nabbed for Dangerous (1936) and Jezebel (1939). 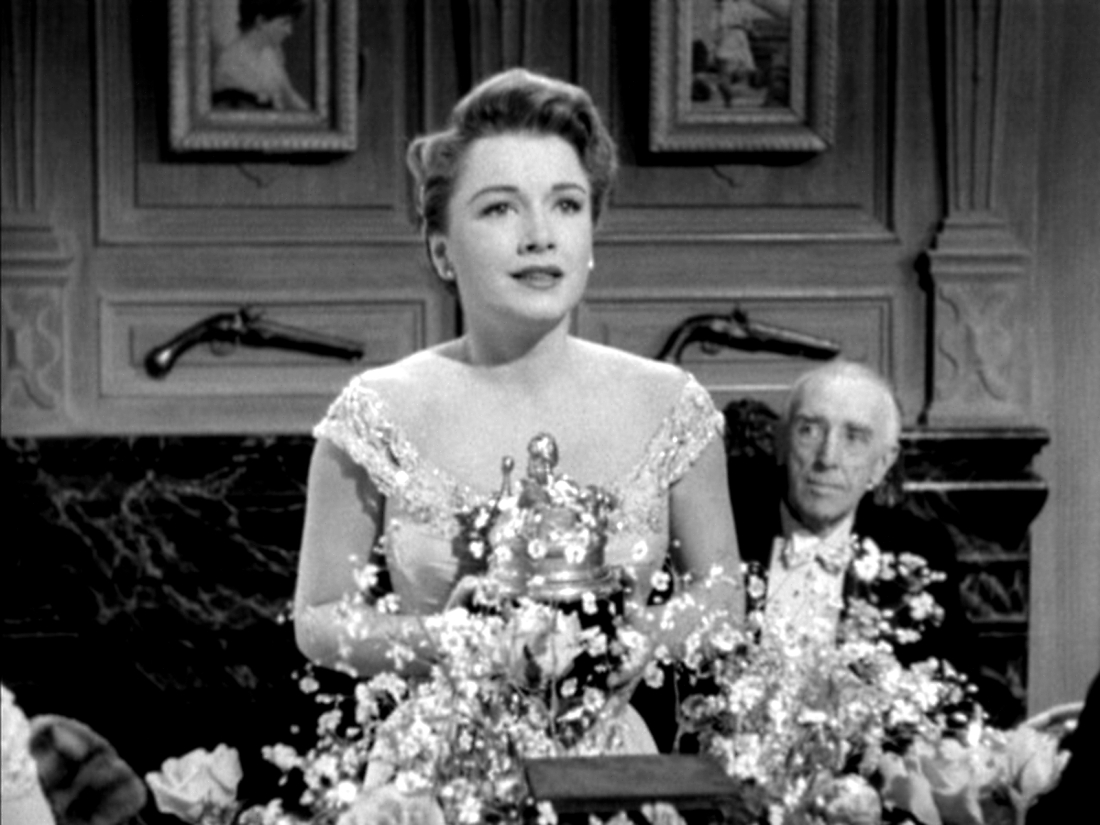 Anne Baxter was an up-and-coming young actress who quickly snatched the title role of Eve Harrington in All About Eve. Having already garnered a supporting actress Oscar for her performance as Sophie MacDonald in The Razor’s Edge (1946), Baxter felt that her work in Eve might be her last chance to get her hands on a Best Actress statuette—if only she could convince studio head Darryl Zanuck to allow her to be considered in the Best Actress category. 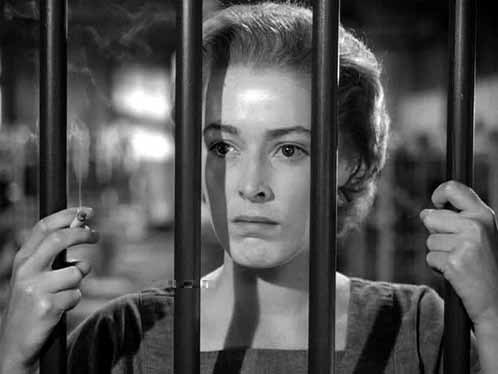 Eleanor Parker was brought into the Warner Brothers stable at eighteen and had more than paid her dues by playing in a string of “B” pictures when she heard that the studio was making a film about life inside a women’s prison. The pretty young actress fought tooth and nail to be cast in the leading role of sweet-natured Marie Allen in Caged (1950)—a cautionary tale about a woman who loses her innocence and returns to a life of crime because she is hardened by her experiences in “the big house.” 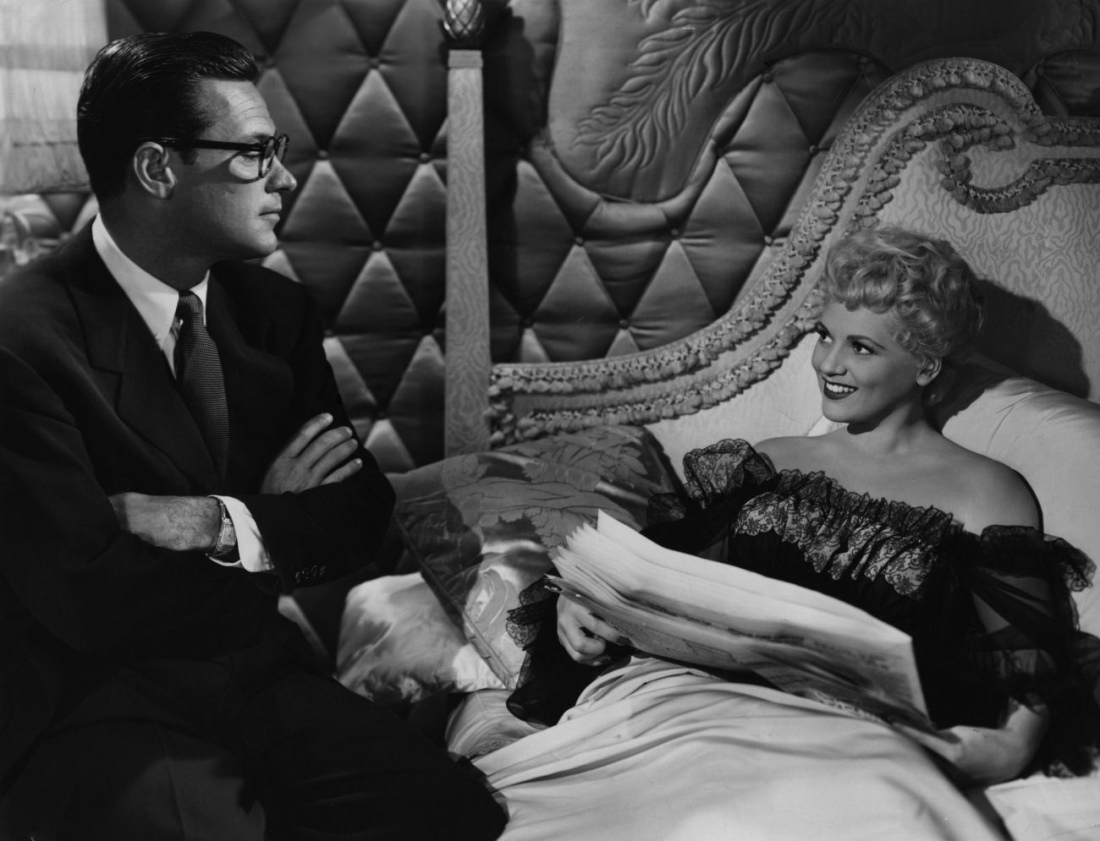 Judy Holliday was nominated for her hilarious interpretation of the tough but vulnerable Billie Dawn, a “dancer”-turned-mistress of a corrupt scrap metal tycoon in Born Yesterday (1950). Seen by the Hollywood community as a Broadway transplant (read interloper), Miss Holliday had only been an extra in a couple of films when she was given the screen test to end all screen tests by writer Garson Kanin and his actress wife Ruth Gordon. The two convinced Columbia studio executives to cast the young actress as the husband-shooter Doris Attinger in the Hepburn/Tracy comedy Adam’s Rib (1949).

Because of Holliday’s star turn in the small role, the relatively unknown actress was cast as Born Yesterday’s leading lady—a plum role she had made her own on the Broadway stage.

Everyone in Hollywood (including Judy herself) knew that she didn’t have a chance in hell of nabbing the golden statuette.

And the winner is…. 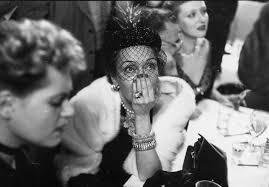 Oscar Night 1951 was a nail biter for all five actresses up for one of the Academy’s highest honors. In a strange twist of fait, three of the nominated actresses weren’t even sitting in the Pantages Theater that night. Swanson and Holliday were both in New York attending a combination birthday and Oscar party for Gloria. (Miss Swanson was in town doing a play and Miss Davis was on location in England making the insipid Another Man’s Poison (1951) with her brand new husband, actor Gary Merrill). 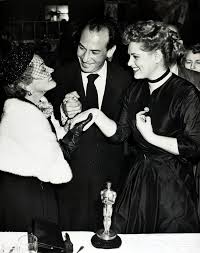 Knowing that at the very least Swanson was a contender, a live radio hook-up was in place to catch the winner’s reaction. The moment of truth arrived and Swanson and Holiday were seen clutching each other’s hands at a center table, each wishing the other good luck.

When Miss Holliday’s name was announced from the podium in Hollywood there was a moment of hushed shock at both locations. With her usual grace, Miss Swanson congratulated Judy amid tears from both women. It was the first (and only) time an actress would receive an Academy Award for a leading role in a comedy.

Theories abound about how one of the greatest Oscar upsets of all time came to be. How, people wondered, did Academy members overlook Bette Davis’ standout performance or Swanson’s star turn for Judy Holiday’s performance in a comedy, no less?

Did Gloria Swanson scare off Academy members because her Norma Desmond shed an arc light on the rampant opportunism that often fueled Hollywood stardom? Maybe.

Had Bette Davis alienated too many of the Hollywood establishment through her often overwhelming demands on her movie sets to ever receive another Academy Award for her work, no matter how deserving it might be? It’s possible.

Did heavy-hitters Bette Davis and Gloria Swanson cancel each other out when it came to Academy votes? This is a real possibility.

The upset which threw the 1951 Best Actress sweepstakes off kilter was more than likely the fact that Anne Baxter obtained permission from Twentieth-Century-Fox mogul Darryl Zanuck to enter the Oscar race, not as a supporting player (which she was) but as a Best Actress contender. This meant that, for the first time in Academy history, two actresses were being considered in the Best Actress category from the same film. More than likely, votes for Bette and Anne cancelled each other out, leaving the way open for Judy Holiday to ease Gloria Swanson out of the way and take home the coveted statuette.

Whatever the reasons behind whomever took the Best Actress Oscar home with her that spring night in 1951, it can be argued that all the actresses nominated turned in stellar performances in films that not only showcased their talents brilliantly, but more than one of these offerings earned the well-deserved distinction of cinema classic.

Later in life, it was rumored that Anne Baxter said she should have remained in the Best Supporting Actress category where she belonged. Bette’s response: “Yes, she should have.”